The American Dream made possible with manufacturing

Many of America’s leading entrepreneurs have immigrant backgrounds, playing a vital role in driving innovation and economic growth. In this article, Eurotech Gold customer Victor DaCruz, owner, and his wife, Betty DaCruz, the chief financial officer and human resources director of DACRUZ Manufacturing, Bristol, Connecticut, share their company’s business philosophy and the history of how his family started in business.

Victor is also the vice president of the Precision Machined Products Association and addressed the Northern Ohio PMPA members, telling the story of their company’s journey, and how the Eurotech multiple-axis machines helped turn the manufacturer into the high precision shop it is today. 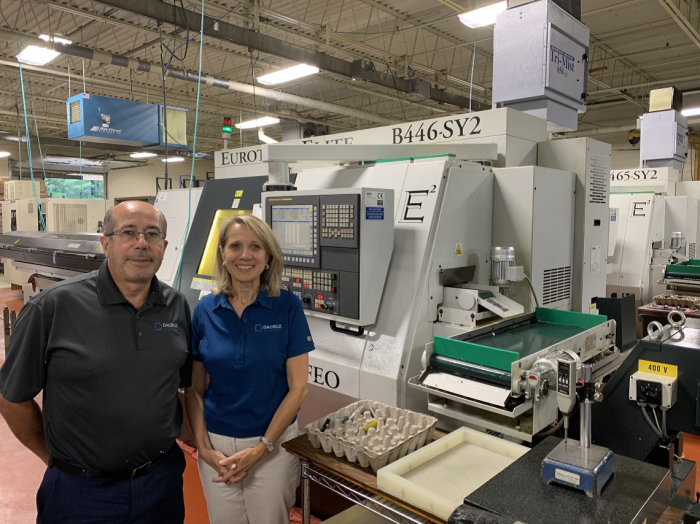 Victor’s Beginning
“In 1930, my grandfather ran a tannery in Portugal, the thick soles you see on shoes or boots is what he made” Victor said. “It’s a lot like any other business. Basically, you take an order, order the raw material, which were cow hides at the time, and then turn them into finished products. My father joined the business and helped run it.”

The family business did well and the DaCruz family had a good life. In 1962 Victor’s grandfather passed away and his father had a difficult time running the business by himself. Concurrently, the industry was going into a slump. “It was a tough time. The business needed to be restructured. They also couldn’t find good help and workers would have to be brought in from long distances,” Victor said. With the tough economy, Victor’s father decided to follow previous family to America in 1967, settling in Connecticut. 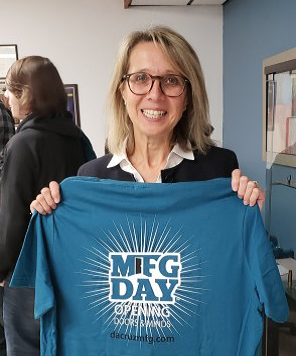 “A strategy to help attract and develop talent was a key factor to the growth of our company; a rebranding plan was enacted.” – Betty DaCruz

Betty’s Beginning
“My family came to America from Poland in 1966 when I was six years old,” Betty said. “My parents were farmers and they came here looking for a better life. Victor and I met in Hartford, graduating from the same high school; we had some of the same friends and similar backgrounds. I believe we gravitated towards each other because we were both immigrants.”

“Yes,” agreed Victor, “absolutely. We both came from small towns where we knew everyone. Coming to America was totally different. We didn’t speak English. It was very hard. From the age of 11 to 14, especially, they were tough years. I was always coming from behind and never felt like I was at the top of the class. However, I adjusted, did well in high school and was a good student.”

Victor’s father had just bought a house and had some business debt to pay off from Portugal when Victor graduated from Hartford Public High School. He had the academic credentials for college but didn’t want his father to have the financial burden of putting him through college. Instead, Victor joined a screw machine apprenticeship program at Jacobs Chuck.

“This was a good opportunity for me,” Victor said. “It gave me an opportunity to learn a skill. I always had aspirations to own a business, so I didn’t want to get stuck in a job. The downside was I was working the night shift. This was a hard shift, 5 p.m. to 4 a.m. and didn’t allow for a social life. I completed the apprenticeship but was soon looking for another job with a better schedule.” 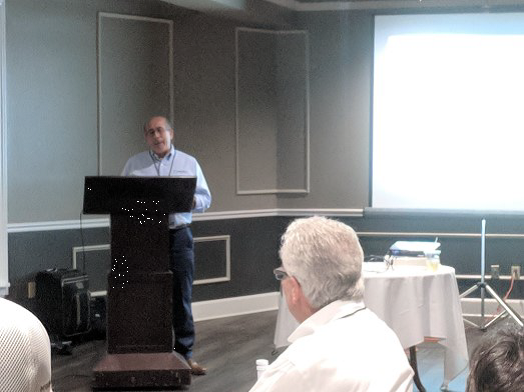 The Company’s Beginning
When the blizzard of 1978 hit and shut everything down for three days, Victor visited a small shop of six to eight people that impressed him. They made bearing parts and all sorts of other things, even some parts for Jacobs Chucks. The job would mean less money, but Victor took the leap anyway.

“I was at this company for a couple of years and in the meantime started dating Betty,” Victor said. “At this time, I was a 21-year old setup guy. I and an older, more experienced friend decided to start our own business. We found a place for sale owned by an old guy who had a scruffy dog and a couple old machines; we made an offer for more than it was worth and started. Betty was there from the beginning, my biggest supporter.”

Victor and Betty were married and soon Betty’s focus was on their three daughters. Victor and his partner ran their business together and eventually opened a second office in South Carolina to be close to their biggest customer, Jacobs Chuck. “That partnership was too long distance, with over 900 miles apart, we ended up splitting. My partner took South Carolina; Betty and I stayed in Connecticut. It was like starting over again,” Victor said. 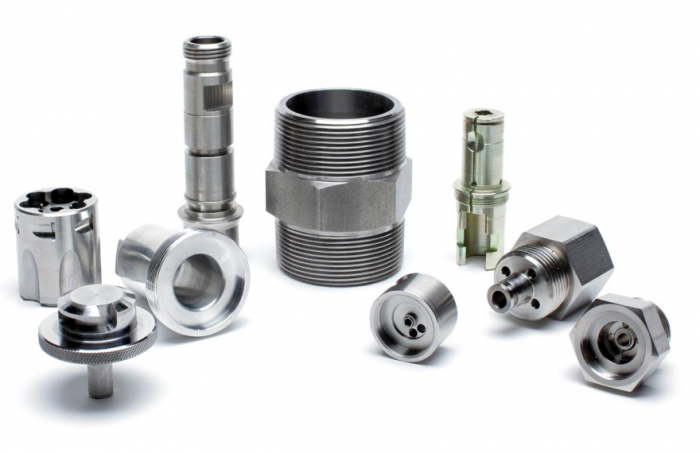 A selection of parts produced by DACRUZ Manufacturing.

After the partnership split, Betty joined Victor at the company. “I very much enjoyed working with Victor,” she explained. “I had been working at a bank, started as a teller and moved my way up to personal banker. We tested it at first, just a few days a week. Victor was very supportive and surprisingly he was much more focused on customer service than they were at the bank. At the bank, the sole focus was to sell products, whether needed or not. Seeing how Victor approached customer service was so much better. He had pride in his work; his whole focus was to make sure the customer was happy and satisfied with the work he did.”

“Betty was a great addition to the company,” Victor said. “I was very much hands on at this point and needed someone to watch the office. With my previous partner I was reluctant to take certain steps and certain risks. My partner had different objectives and was looking to take money out of the business. This wasn’t my focus. I wanted to do the best job I could and keep customers happy. With Betty as my partner, I could do this. And it paid off. We were able to start investing and buying new equipment.”

Victor then turned his attention to upgrading his equipment. He wanted to his multiple-spindle job shop to change to Swiss-style and CNC machines. “It was a difficult transition,” Victor said, “I didn’t grow up with Swiss machining/sliding headstock machines. But that was what we had to do so I talked to Betty many times about it, and we both agreed that finding equipment that would allow us to go from multiple operations to one was important.”

Betty turned her attention to cold calling and improving their team. “I had done cold calling at the bank so I was comfortable with that. I’m proud to say that the very first prospect I called over 20 years ago became a valued customer and is still a customer today,” Betty said.

One of the problems they faced when upgrading their shop was talent. “We had to hire someone that could run the machines. We went from one to four machines quickly, but we became dependent on that person. He was good and had a lot of responsibility, but he wasn’t receptive to us training or bringing on new people, so he had us by the throat,” Victor said. 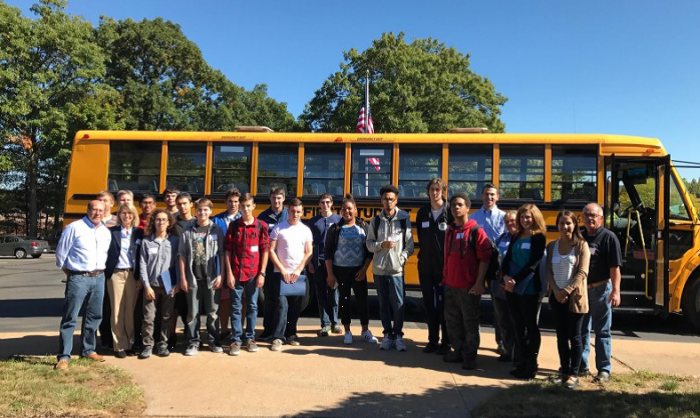 A Rebranding Strategy Starts
Victor and Betty decided to hire Brent Robertson, and the team at Fathom.net to help them with strategic planning, vision and leadership. Through the process, they began building a new image of the future and created a plan to realize it. “We had an antiquated name and an old website from 1995. Customers were always impressed with our shop floor as they often thought we were running old type of equipment. Our focus had always been on the parts and the challenge of getting the work out. For the first time we looked closely at what we do; we analyzed ourselves, and worked on our vision and mission,” Betty said.

In 2005 they moved from New Britain, Connecticut, to Bristol into a beautiful new 34,000-sq.-ft. building, three times the size of the previous building. In 2015, the company officially changed its name from C&M Screw Machine Products to DACRUZ Manufacturing.

They also invested in several Eurotech multiple-axis CNC machines. “With Eurotech we had the most advanced technology on the market. The competition couldn’t match us. Doing parts in one operation and have them come out so beautiful was just great all around,” Victor said.

They then worked on community involvement and growing a strong team. “In the past we had always used traditional ways of advertising for hiring. Things really turned around for us when we participated in Manufacturing Day”. (MFG Day is a celebration of modern manufacturing meant to inspire the next generation of manufacturers.) “There was a great excitement and energy as the kids came thru our shop for the MFG Day Open House. We’ve hired a number of students, many of whom have stayed on with us,” Betty said.

Developing a relationship with local and technical schools, community colleges and paid internships has been very helpful to the company. They became a big supporter of their local community and the precision machining industry. As active members of the Precision Machined Products Association and Central Connecticut Chamber of Commerce, they are committed to building strong communities.

“As a part of our rebranding, we realized we had a big hand in creating the world we want to live in,” Victor said. “I can’t tell you how often I hear complaints about how impossible it is to find good people. There is talent out there; you just must know where to look and have done the work to create opportunities for a successful and fulfilling career at your company. There is a good narrative right now and that is that manufacturing is the place to be.”

As the manufacturer continues on its path, Victor and Betty DaCruz are working hard to deepen the OEM partnerships they have, widen the industries they serve and attract those that require exacting standards of precision. They focus their service area on the Northeast to provide the level of attention necessary to serve clients.

Do you have a machining challenge?

We are always available to talk about machining challenges. It’s all we talk about anyway, so you might as well be part of the conversation. No obligation of course.

Who We Work With

We work with OEMs in a variety of industries especially those that require exacting standards of precision. We focus our service area on the Northeast in order to provide the level of attention necessary to serve our clients.